As per the Guideline of Central Council Homoeopathy and Ministry of Ayush New Delhi, Admissions in the session 2020-21 in BHMS Course will be done on the basis of NEET 2020-21 examination. Email: rdhomeopath@gmail.com | Details of affiliated university Click here.
INTERNAL COMPLAINTS COMMITTEE 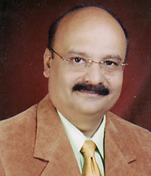 Mr. Hemant Kumar Singh Chauhan the director of the institutes us a product of the Premier university of Gwalior. He is the pillar behind the roaring success of the institute, always in pursuit of excellence with innovative ideas to make it unique. R. D Memorial College of Homoeopathy welcomes you to pursue higher education not only in the thrust areas but in the conventional fields also. Our academic programmes aim to develop knowledge and skills in chosen disciplines, they also develop interdisciplinary integrative skills, an understanding and responsibility in the local, national and international context.

Our College is expected to provide an intellectual, social and physical environment in which scholarship and learning may thrive. It is a prime center for nursing in the capital, which happens to be the city of Lakes. It offers you the best opportunity for professional education and research programmes of high standard. I Assure You for the beautiful campus, well equipped laboratories and the excellent faculty in the department will encourage young aspirants to pursue their academic and social goals with joy.

R. D. Memorial Group of Institutes, Bhopal, Madhya Pradesh is an emerging group of institutes established by Shri Chitragupta Shiksha Prasar Samiti, Bhopal. The Shri Chitragupta Shiksha Prasar Samiti was established in the year 1988 by a group of visionaries under the Chairmanship of Mr. Hemant Singh Chouhan, a dynamic, untiring Social worker with the prime objective to promote religious, Social and Educational activities and any other activities for the welfare of general public. The Society has been registered under the provisions of Madhya Pradesh Society Registrikaran Adhiniyam, 1973.

The group of institutes has been set up in a covered campus of 17 acres at Barkhedi Kalan on Bhadbhada Road, Bhopal. The contribution of the R. D. Memorial Group of Institutes, Bhopal in the field of medical education was initiated by the establishment of its first institution namely Rani Dullaiya Smriti Ayurved PG College and Hospital followed by Rani Dullaiya Smriti College of Nursing, Bhopal in the year 2002. Apart from this Shri Chitragupta Shiksha Prasar Samiti runs several other educational institutes at different cities like Indore and Bhander of Datia in Madhya Pradesh.

Homoeopathy is a form of treatment, founded by the German physician Dr. C. S. F. Hahnemann. It dates back to two centuries and continues to serve humanity to date. It is a system of treatment of diseases by the drug usually prescribed in minute dose that in a healthy person would produce symptoms like those of the disease. It is practiced almost everywhere across the globe and has gained a lot of popularity in India due to the gentleness of its cure that makes more than 100 million people of the Indian population depend on this treatment. And, It follows a holistic approach towards achieving the inner balance of an individual on mental, physical, emotional, and spiritual levels. Homoeopathy is a time-tested therapy and continues to spread its effectiveness around the world. Homoeopathy, according to World health Organization, is the fastest growing and second most widely used system of medicine in the world. In the recent times, homeopathy has made major advances in regions like the Mediterranean basin, South America, Eastern Europe, and India growing at more than 20% every year the world over. From being an alternative system of medicine, homeopathy has become a complementary system of medicine and a primary healthcare choice to treat both acute and chronic clinical conditions. People including many allopathic doctors are accepting homeopathy like never before. According to a report of ASSOCHAM (The Associated Chambers of Commerce and Industry of India) released in 2014, the increasing inclination of people towards alternative medicine will drive the growth of homoeopathy, which is projected to grow at 25 to 30 per cent over the next three years (i.e., 20015 to 2017) to become a Rs 2,600-crore industry.

PROSPECTS OF DEGREE HOLDERS IN HOMOEOPATHY